Back by not-so-popular demand, my second 72-hour city installment. Otherwise known as, an hour-by-hour recap of what Jeff and I did in Berlin over two weeks, condensed into three days.

There’s Germany. And then there’s Berlin. Situated in the northeast corner of Germany, Berlin feels like more its own sovereign nation than part of Deutschland. A city of artists and immigrant and 24-hour party people; a nation of young, old, and the ageless. Oh, and the seat of government. At times, it seems hard to fathom that the city boasting the best nightclubs in the world is also home to one of Europe’s most powerful Prime Ministers. In fact, the graffiti-lined streets, anarchist houses, repurposed airport, and galleries make the city feel like heaven – or hell – on earth.

Berlin is also a city of history. You’re never more than a few blocks away from a reminder of the city’s past. Remnants of the Berlin Wall and memorials to those who suffered remain like shadows. Still, the city is alive with hope and possibility.

It’s a city of anything goes. And everything does. Here’s how to fit it in 72 hours.

Land at Schoenfield Airport, located Southeast of the city center. Feel like a travel pro as you take the S-Bahn, Berlin’s above ground train, into the city center and towards your AirBnB apartment. Pretend not to freak out when the train stops and everyone else seems to know what’s going on except you. Instead, use this as an opportunity to make fast friends with the Jehova’s Witnesses beside you. Don’t act alarmed when you learn the train tracks are on fire – you’re on vacation. Relax. You’ll make it to your accommodations… eventually.

Settle into the apartment you found on AirBnb in Berlin’s fastest changing and fastest gentrifying neighborhood – Neukölln.

Walk five-minutes in any direction from your apartment to locate one of the thousands of Turkish restaurant/food-stands selling Berlin’s most iconic food – pitas filled with freshly shaven meat, known as döners. Immediately plan to eat at least one döner a day during your trip.

Jeff looks irritated because I’m delaying him from eating.

Now that you’re belly is full, go for round two of the Berlin public transportation system. Pray the fires have all been put out and head toward the city center via the U-Bahn, berlin’s underground train network. Arrive at the Neue Nationalgalerie to view an installation by Otto Piene, first performed in 1967. Cap the night off at a local picnic table/newsstand bar.

Otto Peine at the Neue Nationalgalerie.

Wake up wondering how you managed to stay up until 2 a.m. Reach into your suitcase for your emergency stash of Nescafe and thank God for instant coffee.

Head to Neukölln 44 and rent a bike for the weekend, so you can get around the city like a ‘real’ Berliner. For €4 a day, you’ll not only get exercise, but pay less than the cost of a round trip metro ticket.

Now that you’re mobile, bike back in time over to Spree Park, an abandoned amusement park once part of East Berlin. Here you can play on old water slides, roller coasters and speculate how the Ferris wheel continues to spin unmanned.

Make sure to bring good shoes, because you’ll need to climb over the fence to get in unless someone absent-mindedly leaves a gate open and you can bike in and pretend you’re not trespassing. If you do make it past the gates, try to stay incognito. But if you’re dressed in neon and get caught, smile nicely when you meet the security guard and try to make small talk as they escort you out. Don’t act surprised when they say you need to leave “because your life is in danger.”

On your way back into the city, bike past Köllnischer Park and stumble upon a real life bear, Berlin’s power animal. That’s right – a bear, in the middle of the city. As you leave, consider calling PETA until you realize your cell phone doesn’t work.

Stop by the Turkish Market near the U-Bahn at Schönleinstrasse, which happens twice a week on Tuesdays and Fridays. Ogle at all of the street food, like falafel, fresh juice and corn on the cob. To act like a pro, get corn all over your too-cool-for-school black outfit.

I thought it would be good if I hid behind one of the vendors while I ate my corn.

The mall might be an unlikely place for one of the coolest places in the summer, but hey this is Berlin, and anything can happen. Head into the Neukölln Arcaden shopping complex, pass by the lingerie stores and pretzel shops (or if you’re the author, hang out in the mall for a while), and go straight to the elevator. Take the lift up to the rooftop for one of the best views the city has to offer at the Klunkerkranich Project. The Klunkerkranich Project has transformed the mall’s rooftop in to a hangout spot where you can eat pizza, drink beer, and nap. Or just park your self for hours on one of the picnic benches, reading a Danish crime novel. Just try to make it before 3 p.m.- afterwards there’s a €3 cover.

The best way to spend an afternoon.

Make your obligatory Doner stop #2. Thank me for it later.

Pedestrian streets may be big in Europe, but Berlin’s got the best bridges for hanging out. Grab a cold one and spend the evening lounging Admiralsbrücke, or Admiral’s Bridge in Kruezberg. It beats any bar around.

Wake up early and head toward Templerhofer Park, Berlin’s largest park and former airport, for a Yoga in English class.

Spend the afternoon biking past some of Berlin’s best sites – Bradenburg Gate, Museum Island, and the TV tower. Don’t forget to pause underneath the Hotel Adlon, site of the infamous Michael Jackson baby dangling incident. (Like I’ve said, MJ follows me everywhere.)

The scene of the crime.

Hop back on your bike to enjoy the afternoon sun while you tap into your inner artist by checking out Berlin’s grafitti – the good, the bad, and beautiful.

Reacquaint yourself with friends while they cook you dinner. And fill your belly – you’ll need it for the night to come.

Pre-funk your evening in one of Berlin’s hippest neighborhoods, Kruezberg. But you don’t have to keep your partying to a bar. Grab a beer at a local convenience store and drink it while strolling the streets to get a feel for the neighborhood.

Berlin may be famous for its nightclubs, but one club reigns supreme. Berghain is the city’s most popular – and most exclusive – nightclubs. Stand in line from 30 minutes to 3 hours as bouncers decide who’s in and who’s out. Roughly 1 out of 10 people make it in.

The party is just getting started. At 1 a.m.

Depending on whether you were in or out, you should sleep in or get up and contemplate why your outfit wasn’t cool enough for Berghain. Either way, take your time getting up – read a book, drink coffee and watch a movie. But whatever you do, don’t move a lot – you’ll be thankful for it later.

Throw all of food safety worries aside and bike or metro to Thai Weekend Market in Preußenpark on Saturday or Sunday afternoons, where you can get some of the best Thai street food outside of Thailand. Bring a blanket and picnic over hot bowls of soup, fried seafood, and made on-demand papaya salad from this (most-likely) unsanctioned, pop-up food market. Just avoid the Pad See Ew – Italian noodles and Thai food weren’t meant to mix.

Daylight your singing skills with the best open-air karaoke you’ll ever find at Mauerpark. Here, you’ll learn skills are measured not by your vocal talent, but your ability to get the crowd going for favorites like the Spice Girls and George Michael. And be warned – there’s a forbidden list of songs (that means you Alanis Morisette) – so make sure to bring a back up in case your first choice doesn’t make the cut.

I died a little bit from happiness.

Bike to Tempelhofer and head for the Bier Garden. Find a shaded table where you can spend the rest of the day working, reading, or just drinking beer. When you get tired, lie on the grass and nap your cares away and your drool out.

Spend the morning biking in between the East Side Gallery, the Berlin Wall Memorial, and the wall remains at the Topography of Terror.

A glimpse through the wall.

“To: Astrid, Maybe someday we will be together.”

Have that one final döner. (That would make it your fifth in four days.)

Before returning your bike, take one final loop through Tempelofer and declare it the best park on earth. 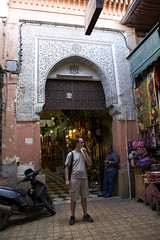 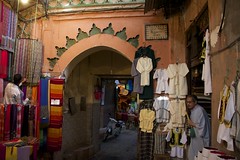 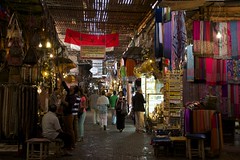